Are you a food cheater? 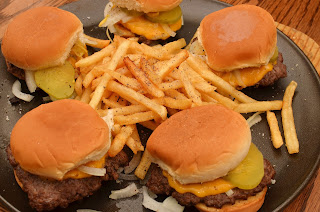 What? A foot cheater?  Yes, I bet you know what I am talking about.  When you are alone, do you eat things that you don't eat in front of your partner or anyone else?

Still don't get it?  Let me give you some examples.  The company Silent Sam'worked for closed in December.  He was home for awhile looking for a new job.  During that time, we were together for three meals a day.  Funny when we were both there, we behaved pretty well.  When Silent Sam came home from his first day on his new job, he told me he wasn't that hungry because he had a big lunch (french fries, and fried chicken).  Then on Wednesday, I was out and stopped and picked up an ice cream bar.  While I didn't really not tell Silent Sam, I didn't exactly shout it from the mountain top.  (Okay, he will find out when he reads this.) 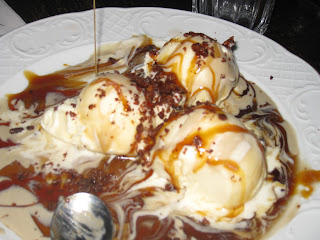 We have some friends that the husband (who has diabetes) was home for several months due to a knee replacement and some complications.  He lost a a lot of weight during his recovery.  Why? Well, it seems that he had a habit of having perhaps a few things he shouldn't eat for breakfast each day.  Somehow now that he is back on his feet, he has gained back some of the weight.

I think we all do it.  We all have to break loose and have something we shouldn't every once in a while.  It can happen because it is a bad day or because it is a good day.  The important thing is that it isn't EVERY DAY.

If you lived your life and thought that you could never eat (fill in the blank) again then you would just crave it all the more.  But if you decide that once a year you can cave in and have whatever your foot soft spot is then you might not feel so obsessed by it.  You may even find that when you do have it, it isn't as good at you thought it was. 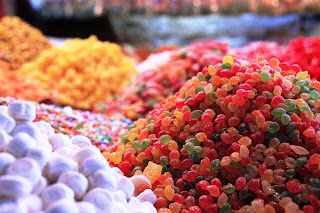 I have found that with ordering out.  We used to order out food a lot.  Then when Silent Sam was diagnosed, we cut back.  Then when he lost his job, we pretty much eliminated.  When we rarely did order out, I was looking forward to it so much.  Funny, it wasn't that good.  Now that is disappointing!  But it was also a lesson.  I had built it up so much in my mind that I was not thinking about the taste of the food - just the pleasure in ordering out. 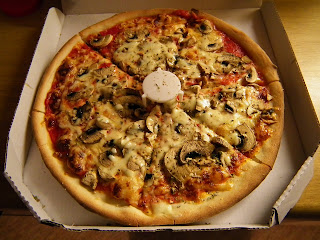 So, what food makes you a food cheater?

Email ThisBlogThis!Share to TwitterShare to FacebookShare to Pinterest
Labels: Are you a food cheater?