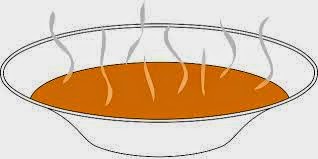 Several years ago, my neighbor was talking about the concept of  having soup for supper on Sunday nights during the winter.I actually talked about it for a couple of years but never quite started doing it until this year.

If you regularly read this blog, you know that I am a self-admitted terrible cook.  When I make a recipe, it has to be easy.The idea of Sunday night soups was  appealing but it meant that  I had to find recipes and then make them.

There are soup recipes everywhere. I discovered that some of them are more involved than others. I immediately discounted any recipe that called for cooking then putting everything in the food processor or blender and then doing more. Too messy! Too involved! I found some easy recipes and we stared having soup on Sunday nights.

I would say there are two problems with Sunday night soup.The first problem is that  having Sunday night soup just begs to have bread with the soup. For those of us who might have a tiny (HUGE) problem with portion control, this is an issue. We had gotten to the point where we just did not have bread in the house very often but with Sunday soups, we would buy a loaf at the grocery store each week. So, the advisory is to watch your portions with the bread.

The second problem is the sodium content in soup. Canned soup is infamous for its high sodium and if you are using that as a base in your soup, you are starting out with a lot of sodium. You need to  use low sodium broth as a base.  We have had a problem with soups tasting salty.  Here is where some of you "real" cooks might react - I never add salt when a recipe calls for it. For some reason, soup recipes will have these great phrases like "add salt to taste" or my absolute favorite "salt" with no instruction as to how much.  I just leave it out. 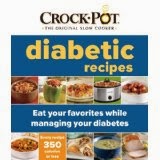 We have found several recipes that we really like.  Today, I am giving you my favorite so far.  This recipe is from Crock Pot: Diabetic Recipes.  (It is available from Amazon) 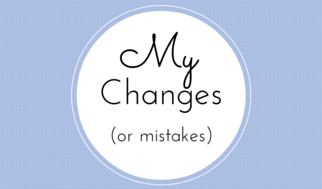 If you have looked at my recipes before, you know that I give you the recipe as it comes from the source and then I tell you how I changed/screwed it up.  So here it goes with this one.

1.  The first time I made this, I did not use low sodium broth. THAT IS A MISTAKE. The soup was still good but too salty.  You should not substitute regular broth.

2.  I used panko bread crumbs rather than regular.  This move might add a little more sodium but I wanted to make sure there was plenty of flavor.

3.  One bag a spinach in my grocery store is 5 oz.  So I used two bags.  (In case I have not said this before, I am a huge fan of adding spinach in recipes.)

4.  Instead of garlic salt, add just garlic powder.  Once again, just trying to cut back the sodium.


If you are looking for soup recipes, I suggest that you look at Pinterest. I have a board there where I have pinned "Sunday Night Soups" (and probably some things that don't apply..)  Here is a link to my Pinterest page.

I feel that I need to apologize to those of you who are nice enough to read this blog regularly.  It has been dark for a few weeks. Sometimes, it seems that life gets in the way.   But just think, it means that I have more recipes for you!