At Least We Start Over

What's so fascinating and frustrating and great about life is that you're constantly starting over, all the time, and I love that.
Billy Crystal

I have to admit that I have been slow in writing here. I confess, I thought that you all might be tired of hearing that we are starting over again. We have not been doing that well.

I think that we join most Americans in falling off their eating plan and having to start again.

It is discouraging. We have learned a lot in the past (gasp!) two years. We are at least not starting from scratch but it is hard to get back up on the horse time and time again. There is a fair amount of “What is wrong with me” that accompanies having to start again.

As you may have noticed, I have been doing a little research on the concepts of the glycemic index and the glycemic load. The glycemic load diet really stresses the ill effects of breads, rice, and potatoes.  I don’t know if you have tried, but it is hard to give those things up. Add in cookies, cakes, and brownies and life looks a bit bleak.

We started last week. I have had to, once again, give up my friend Coke. It is certainly my downfall. I have now made it 8 days without a Coke.  A friend suggested a product called Zevia, which is a diet soft drink that is made with stevia rather than aspartame. (I can’t use products with aspartame. Aspartame seems to be a trigger for my migraines.) I tried it on Sunday. It really has that diet drink taste. I tried to add some lime to see if it would help but I added too much.  I might work on getting used to the taste but I think I will just use it occasionally. I have been back to decaf green tea and water. They are fine but sometimes you just want something more.

The only cereal that is allowed is All Bran. In truth, I wasn't eating cereal before but I find that I want something that has some crunch to it at breakfast. I have been adding it to my cup of yogurt.The yogurt should be plain no sugar added and instead I have Greek yogurt with fruit. I have found that the combination works well. I am still modifying my choices. I am working toward it. Really, giving up the coke first thing in the morning is hard enough right now. I have also cut back considerably on the bread, potatoes, and rice.

One of the things that is (AMAZINGLY) allowed on the diet is a handful of candy. It seems (although I would agree that it doesn't sound right) that peanut M&Ms have a very low glycemic load. So, in the afternoon after lunch, I will treasure my handful. You can get that feeling like you are cheating but you aren't!

The other important part of the program is to exercise using your slow twitch muscles. The exercise talked about the most is walking. The recommendation is for 40 minutes of exercise 4 times a week. And it does not call for huffing and puffing exercise. It is much more just get out and move for 40 minutes.  Somehow, I had kept up the exercising and then last week when it mattered, I had a hard time getting to the gym. Well a new week has started and I will begin again.

I hope you are doing well. I will let you know how this goes. 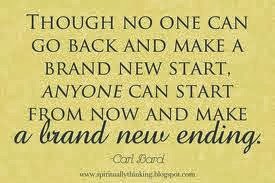