I know, I know, I am late in posting.  I am sorry.  Once again I got caught up with projects and fell behind.

I owe you a recipe.  I have one, just for you.  As usual, I will give it to you the way it is written and then I will tell you my mistakes/corrections.

This recipe is from Taste of Home magazine, the August/September 2012 issue.

Combine carrots, potatoes, onions and celery in a 5 or 6 Qt. slow cooker.  Top with chicken.  Combine the soup, water, lemon juice, parsley, thyme, pepper and salt: pour over top.  Cover and cook on low for 8-9 hours or until a thermometer reads 170.

First let me say that I am not necessarily a huge fan of crock pot meals. They generally don't do much for me but we do have a couple recipes that are good.

The first two times I made this recipe, we thought it was good.  I will say that our chicken breasts were big and I made it with only two chicken breasts.  I could not have fit 6 in the crock pot!  I don't know that you could fit 6 in with all the other ingredients. I also used Cream of Mushroom low sodium soup.

I know it says it is lemon chicken breasts but I did not find it to be overly "lemony".  I like lemon taste but I did not notice it.

I thought that when I made the mistakes that it was even better.  In the original recipe, the chicken was white.  I know that sounds odd but it just was really white. In the mistaken version, it was golden brown. With the mistake, it was visually more appealing.  In either version, the chicken is very tender.  To make up for forgetting the potatoes, I did quickly microwave a couple of potatoes to go with the meal.

So there is one of my new favorite meals.  It is EASY to make and if you want to judge from my abilities, pretty mistake proof!

Yes, it was 13 months ago today that I started sharing our journey with diabetes.  As they say, "What a journey it has been."  We have had some wonderful experiences and some scary as hell ones.

I have learned a lot.

I have learned that our experiences are nothing compared to those with Diabetes Type 1 or 1.5.  Okay, I have learned that there is a Diabetes Type 1.5.  I want to thank Karen at Bitter~Sweet for all the information that she supplies on her blog, for hosting D-blog week, and being nice enough to stop by here and leave comments.  She has shown me how to be gracious in sharing information and how easy we have it.

When I thought that I wanted to start this journey with you on this blog, I was wondering if I could be consistent with posting.  I made myself write many posts before I even started trying to figure out how to put up a blog.  I didn't want to start and then get behind and stop. I will say that it is harder to write when we are not behaving ourselves around here.  I keep thinking that you don't want to hear about how we have started over again.  But I think we are probably typical.  If we had great habits of eating right and exercising, we would not be in this place.

I have tried to be realistic about our journey.  For example, I really am a horrible cook and I don't care.  We really started out very confused and latched onto the 9 inch plate divided into quarters as our life line.  We remember how confusing it was at the beginning.  It is still confusing.  Diabetes is not simple.  And diabetes is really scary.  I read more all the time and I worry.  I really want Silent Sam to be with me for a long time.  I kinda like the guy.  It is nice to be someone's comic relief.

When someone tells me that they are pre-diabetic, I want to sit with them and convince them that they really need to change.  That they don't want to become diabetic.  That it is worth making the changes that they need to make to avoid the disease.  I know that my chances of getting through to them are not very high.  They feel fine.  Why change? It won't happen to them.  I would not have listened or understood.

I have learned so much over the last year.  This blog has lead me to other blogs which have in turn taught me so very much.  I now not only write this blog but I have another called Musings on a Life.  I am part of a wonderful group of writers and have been amazed by their generosity.  Writers love to share information.  It is overwhelming at times but so supportive and wonderful.  So thanks go out to all those at Wordsmith Studio.

I am also writing a blog professionally for a great podiatry practice.  They seem to like my "quirkiness".  I do talk about diabetes there also.  So thanks to Evanston Podiatric Surgeons their blog, We Care for Your Feet.

All this and you were probably wondering if I am going to keep up and give you a recipe this week.  I do have one for you.  But you will have to stay tuned.  I will send it out in the next few days.  Yes, I have still been keeping up with my resolution.  There have been some misses and I won't share those.  I am still learning, after all.

Are You In a Sorry Box? 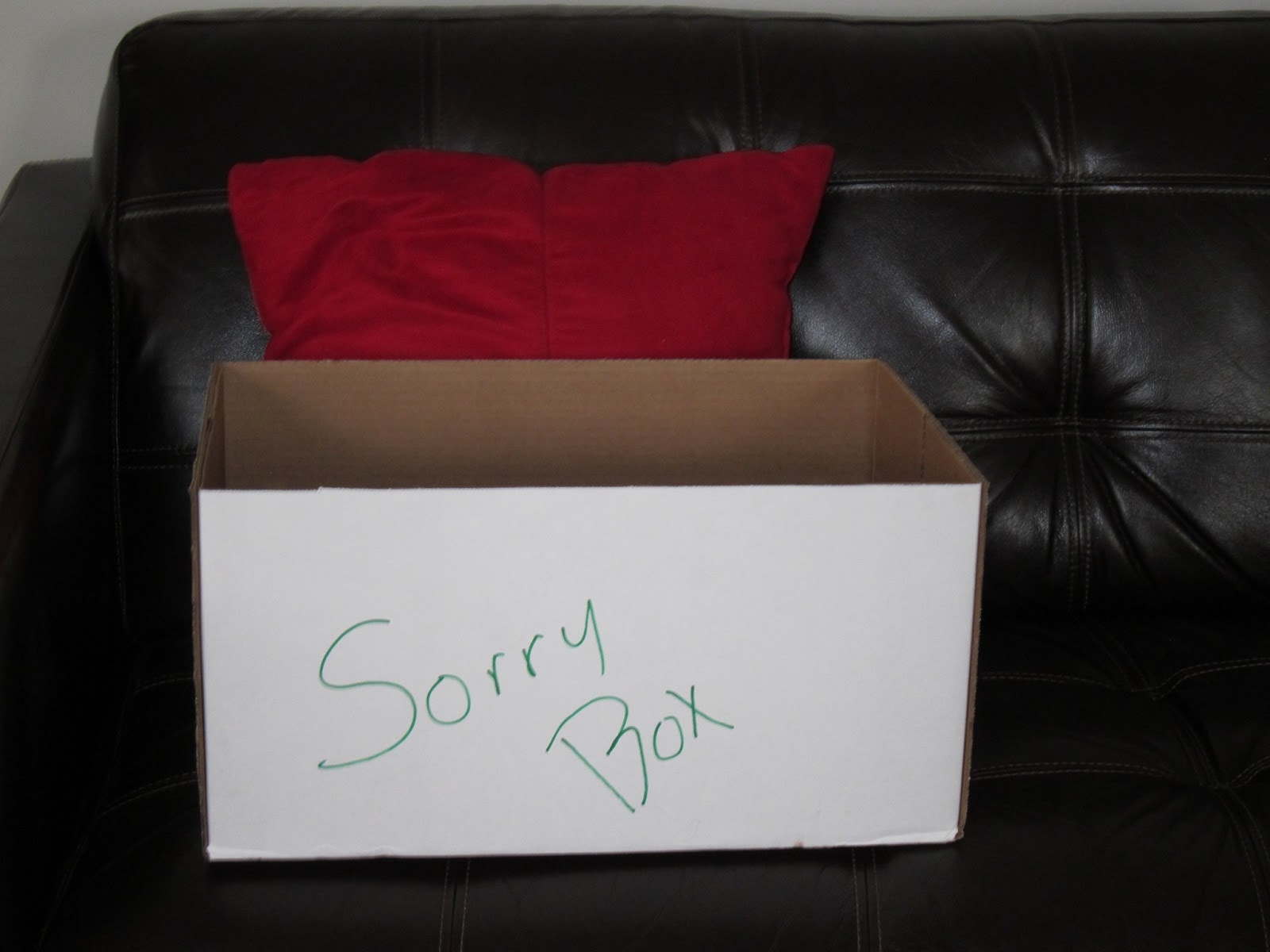 I just read a blog post that talked about being in a "sorry box".  It seems that was the term that the blogger's grandfather used for when someone was feeling sorry for themselves.  (Thanks, Kenya!)

I like that "sorry box" concept.  I can be guilty of being in a sorry box occasionally.  Can't you?  There are just times that it is hard to have the usual rosy outlook on life.  Sometimes life is just the pits but that is okay.  It shows that you are living your life.

We have been caught in our sorry box around here lately.

I can remember when I was started  high school that the seniors looked so much older and I thought they really had it together.  I looked forward to having that feeling.  As you may have guessed, I never had that feeling.  I was disappointed   How come I didn't have it together like the seniors before me?

And now, I would have thought that by my age that we would just be sailing along without any problems.  I didn't expect any health issues or financial issues or stress.  I don't remember my parents having problems...

Once again I am the victim of naive thinking.  Life is never really smooth.  Life is not without problems because you have reached a certain age.  If you are truly living, there is much that can go right and much that can go wrong.  You just need to be able to climb out of your sorry box and move ahead again.

If you have a serious illness, climbing out of your sorry box can be hard.  When you are doing well with your serious illness, it makes it much easier to feel good about yourself and  believe that you have conquered some of your demons.  When you think that you have conquered it, you let your guard down and you can end up back in your sorry box. It is much harder to get back on track.  That sorry box can just keep getting bigger and bigger.  It becomes an easy place to hide.

As I said, we have been caught in our sorry box around here lately.

We have not been careful with what we are eating or that we are exercising.  It is so easy to get off track.  I think that I have even put a blanket and pillow in my sorry box!   I have gained back some of the weight I lost.  (I will not speak for Silent Sam...) 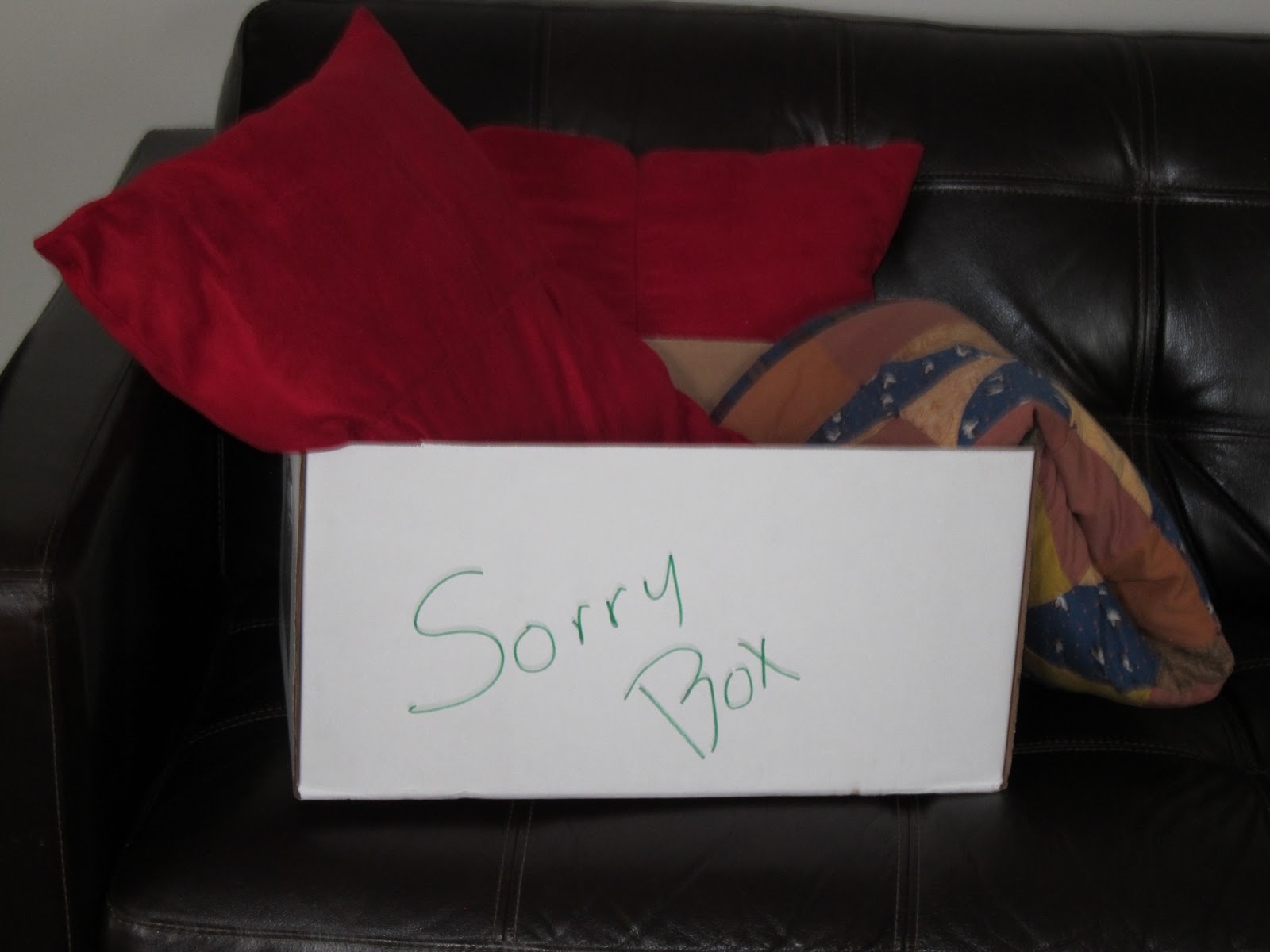 I am on week three of trying to find a new routine.  So far, so good.  I have decided that I will make a couple of changes and live with them for three weeks before I try another change.  For the past three weeks, I have been getting a morning routine together.  I get up and do my exercises.  Then I go down to my desk and write my morning pages*. I allow myself weekends off the exercises but Monday through Friday, it is out of bed and on with a very unattractive outfit to exercise.  I will admit that I have stayed in bed longer the last couple of mornings because I knew that when I got out I had to exercise.  Well, at least I didn't talk myself out of it.

I have stepped out of my sorry box.  I have been exercising.

Do you fall into a sorry box?